Presentation of the festival

Home Presentation of the festival

THESSPUPPET 2016 promotes and supports the object and puppet theatre as a traditional form of Art, with deep roots in human history, which without losing its folk ancenstry has adjust to the modern times and features prominently in contemporary theatre.

Nowadays, puppet and object theatre is being in the epicentre.

This first International Puppet and Pantomime Festival in Thessaloniki, is a result of many years of experience for it has picked up the torch from the International Puppet and Mime Festival of Kilkis that was successfully held for 17 years in a row. It is its goal to promote good practices from the field  of puppetry in Greece and abroad.
For organising this specific program of events and parallel activities, we took under consideration the features of the theatrical space, the status of the place where it will it will be held and the need of a large group of people for high quality family-focused performances.
The artistic and multidimensional world of puppet and object theatre is the least known among the permorming arts in Greece. We designed a program that can give a good and broad picture of the possibilities offered by the different techniques and aesthetics that characterize the physical theater with puppets and objects.
The theatre companies that were invited to participate in the festival are interested in promoting the puppet and object theatre and support our vision to “open a door” to the puppet world here in the city of Thessaloniki. We hope the success of this year’s festival to bring a stable and long-term continuity. 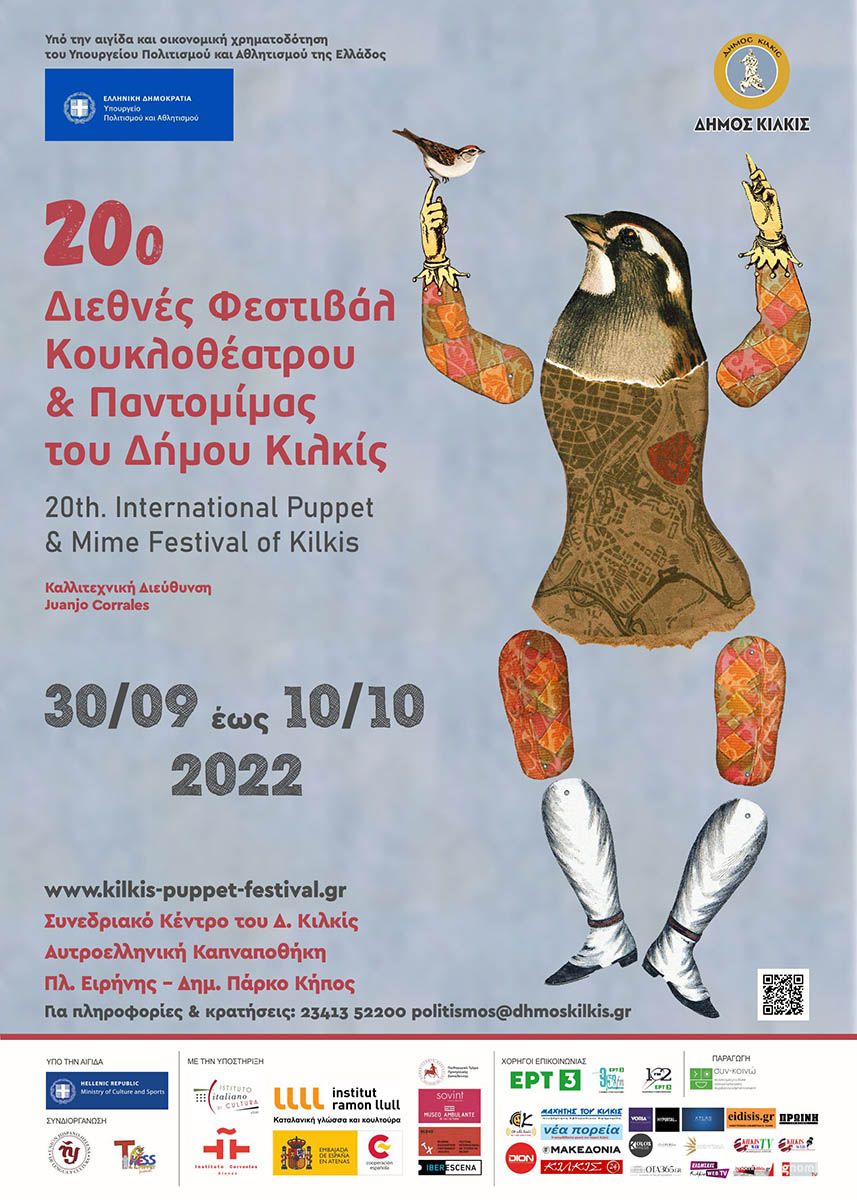