“Pictures of an Exhibition”

In June 1874 Modest Mussorgsky wrote the piano suite “Pictures at an Exhibition“, the inspiration for which came from an exhibition of the drawings and stage set sketches by his late friend Viktor Hartmann. In this work, which represents a kind of musical stroll through the exhibition, Mussorgsky conveys the feelings and sentiments the pictures awoke within him.
Karin Schäfer reverses this creative process in her production “Pictures at an Exhibition“. Because it is from the music, from its tonal colours and from the stories the separate pieces of music tell, that she creates the “pictures“. These images are new and completely different to the original ones, and in their own way very special, because they are brought to life by the music and then tell their own new stories.

Special guest in the role of the solist: Giorgos Emmanuel Lazaridis

Born in Greece, Lazaridis started composing music at the age of four. At the age of six, he had already begun to attract public attention, appearing in various TV art programs and a special 45-minute radio broadcast on the Greek National Radio.

Mentored by Yonty Solomon at the Royal College of Music in London, Lazaridis has also worked with Alfred Brendel, Ruth Nye, Domna Evnouhidou, Paul Badura-Skoda, Noretta Conci Leech and Douglas Finch. Since the age of eleven he has received prizes, honorary awards like the Jeunes Solistes D’ Europe and the Steinway & Sons Grand Prix, scholarships from the Hattori, Onasis and Levendis Foundations, the RCM Queen Elizabeth the Queen Mother award and the Chappell Medal 2000. He has also received a TCM Fellowship, medals from the prestigious Academy of Athens, the Worshipful Company of Musicians and many more.

Today, apart from his ascending career as a musician and composer, he is the artistic director of the Thessaloniki Concert Hall.

Visual theatre is a theatre in which it is not the text that lies in the foreground, but the image, the visual fascination, the magical and optical adventure and the stories that can be understood by anyone regardless of age, origin or residence.

“It is important for me that my work stays transparent. In a world of complete mechanisation, it‘s the simple, comprehensible things brought up in a surprising combination or in uncommon dimensions that amaze people…“ says Karin Schäfer.

The “Karin Schäfer Figuren Theater“ has been in more than 40 countries worldwide with its productions. They have been performing in prestigious international festivals as well as in great theaters and have won numerous international awards. From concert halls to company events, from art museums to major events, we can find the perfect programme for every opportunity. 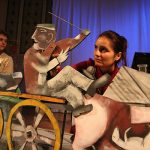 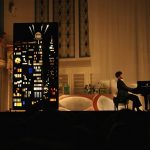 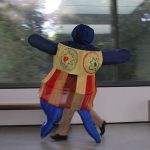 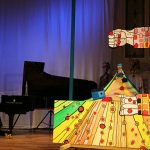 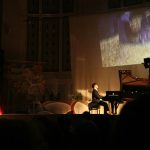 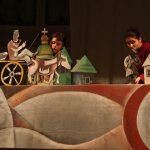 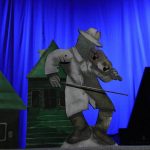 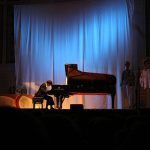