Maroula is a beautiful young girl, whose mother has promised to the Sun that she will be given as an oblation on her twelfth birthday. But the girl suffers away from her mother and begins a long journey to reunite with her. A tree shall become her throne of power, the deer her faithful helpers, while evil lamia, female demons stand in her way. How will she manage to run away from them all and reunite with her mother?

The play is based on the Greek folk tale with the same name, “Maroula”, one of the few folk tales talking about sorrow and loss, its subject being a child offered as an oblation, the relationship with its mother and its coming of age through the adventure of reuniting with her mother.

The tale is performed as narrative theatre using mixed picturesque and expressive media and elements: theatrical narration, puppet theatre, mime, masked drama and live music. Humour and the rhythmic relation of the narrator with the figure’s paper world and the scenery sets are the suggested “bridges” of the play to young children.
https://www.youtube.com/watch?v=fbbHOp9IDgU&feature=youtu.be

The company koresmerikle is a physical theatre and puppet theatre company formed in Athens in 1996 by Evi Hatzimitakou and puppet manufacturer Eva Cheiladaki. Its name stands for “bead eyes penetrated by the light of the soul”, merikle means beads in the language of gypsies.

Eva and Evi worked together on performances using puppets, mainly cloth made, ball-joined ones with direct handling. The company has performed puppet shows, physical theatre and mime performances. The company has collaborated with visual artists, musicians, writers, other theatre companies and Public Regional Theatres, local Festivals and public and private institutions.

Having completed her studies in nursing and music education studies, Evi Hatzimitakou graduated from the Desmond Jones School of Mime and Physical Theatre in London and did her apprenticeship in Little Marionette Theatre working on puppet handling, voice and direction under Jane Eve and Joyce Wren.
She has taught physical theatre at “Archi” Drama School by N. Karra (1993-2000) and physical and puppet theatre in various workshops and seminars for children and educators. She has worked in the Department of Pre-school Education of Aristotle University of Thessaloniki in the Student Internship programme (2004-2009), while she has also designed and implemented various theatre-education programmes for children at Vafopoulio Institute and various state and public schools.

The group’s latest production is the show /_EvzonosLand_/, a performance/work in progress in collaboration with percussionist Lefteris Aggouridakis. 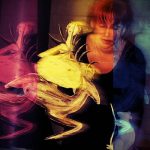 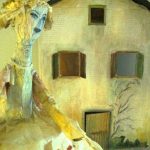